The ministers serving in this circuit are listed below.  There are also several lay workers employed by the circuit.

John is Superintendent and, with the other circuit ministers and stewards, has care of the Methodist churches in Durham and Deerness Valley. He has particular pastoral oversight at Elvet,  Framwellgate Moor and North Road Methodist Churches. 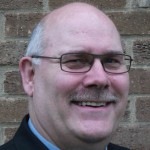 Colin is used to looking after rural churches and loves riding his motorbike on pastoral visits but only in good weather! He and his wife, Janet (also a minister), are jigsaw enthusiasts and now the children have flown the nest have only Pierre, their elderly Bichon Frise dog, to keep them company. Colin lived in France for a year and still enjoys Camembert, Chocolat and Citroens. The churches in Colin’s pastoral care are Bearpark, Esh Winning, Pittington, Sherburn Hill,  Langley Park, Sacriston and Witton Gilbert. 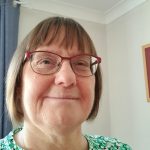 Ruth joined the team in 2018 and works alongside the other ministers particularly at North Road and Elvet. Her role is to act as a bridge between people in the church community and the wider community. Prior to being a deacon Ruth worked for many years as a teacher, both in the UK and abroad.